Melbourne the swine flu capital of the world

Article from:  The Australian

MELBOURNE is now the swine-flu capital of the world, with the H1N1 virus twice as prevalent in the Victorian population as it is in Mexico, where the pandemic began.

As Singaporean authorities yesterday advised travellers to avoid Melbourne where possible, federal Health Minister Nicola Roxon emphasised there were no domestic travel restrictions in place, despite swine flu breaching the containment protocols in the state.

According to the latest figures from the World Health Organisation, the US has 11,131 confirmed cases of swine flu, Mexico has 5029 and Australia has 705.

Since those figures were published, another 301 Australians have been confirmed to have the swine flu virus.

In total, Australia now has 1006 confirmed cases of H1N1, 874 of those being Victorians.

With the state's comparatively small population, this means swine flu occurs in about one in 9139 Victorians - more than double the one in 21,860 Mexicans with the virus and triple the one in 27,295 people with swine flu in the US.

The Singapore Government posted a health warning on its website advising residents to defer non-essential travel to Victoria. And it is warning Singaporeans returning from Victoria to be alert for any flu-like symptoms.

"I think it's an inappropriate decision," he said. "It's unfortunate they have singled out Victoria, because we are no different to the rest of Australia.

"The fact is we have been testing in a more vigorous way, and so it would appear the number of cases are higher."

A spokesman for the Victorian Department of Human Services said it was now logistically impossible for the state's infectious disease laboratories to test every Melburnian with flu-like symptoms for the H1N1 virus.

"There is a limit to how much contact tracing we can do," the spokesman added.

In the modified sustain phase that Victorian moved into this week, people will only be tested for the swine flu in special circumstances.

The continued spike in swine-flu cases in Victoria comes as the state's laboratories work through the backlog of tests that built up in the latter stages of the state's failed containment phase.

Ms Roxon said yesterday the high number of confirmed cases of swine flu in Victoria was a credit to the state's rigorous testing procedures.

"One of the things we've got to remember is that we have one of the best systems in the world to be able to test this disease," shesaid.

"Now that is actually a compliment to Victoria's health system, and I don't think it should be turned on its head to indicate there is some other reason for its spread."

On advice from the National Health Protection Committee, other states and territories this week implemented voluntary quarantine measures for children returning from Victoria or greater Melbourne.

All states and territories require children returning from Melbourne to stay home from school for seven days, while Queensland and Tasmania have extended the quarantine measure to cover all of Victoria.

Ms Roxon yesterday warned it was inevitable other states would begin to see similar surges in the number of swine flu cases.

"Obviously we are going to be in a transition period for a number of days or weeks while we see this uneven distribution of the disease across the country," she said.

"We do, however, expect it will be advancing in all jurisdictions in a fairly short timeframe." 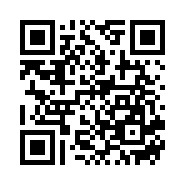