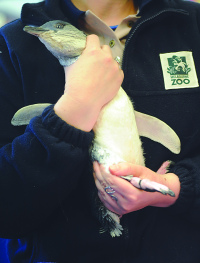 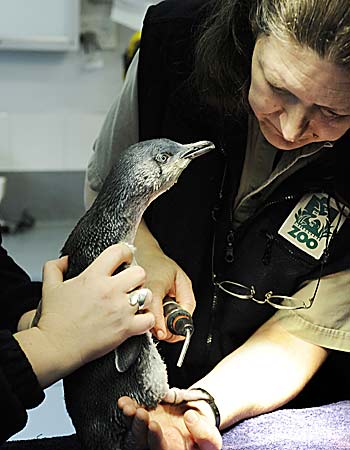 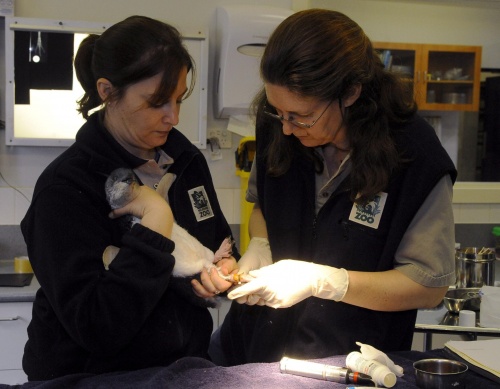 Torture for tiny penguin caught up in fishing line

ANIMAL experts have warned fishing enthusiasts against littering the bay after a little penguin almost lost a foot when it was caught up in old fishing wire.

The tiny penguin, part of the St Kilda colony, was found in pain when environmental agency Earth Care did a routine check on the 800-strong flock.

Rescuers were about to tag it with a microchip when they saw its swollen foot.

The foot had been cut to the bone, so the team took the bird to Melbourne Zoo for emergency treatment.

Melbourne Zoo senior vet Dr Helen McCracken said the wire had been in place for about two weeks and if the penguin hadn't been found in the next fortnight it would probably have died.

"If he hadn't have been found eventually I'm sure he would have lost his foot, and he would have died without one foot," she said.

"Those feet are like little paddles and they really rely on them as well for getting around effectively. So to hunt effectively, they really need their two feet."

Dr McCracken said the centre received about 20 animals injured by fishing lines or hooks in Port Phillip Bay each year, but warned there might be many other animals that weren't saved.

"If this is the tip of the iceberg, then maybe there are others out there who have suffered this sort of injury from this sort of rubbish," Dr McCracken said.

She hoped to release the bird into the bay in a week. 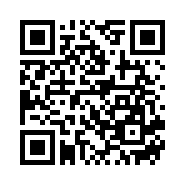