In the backyard tied to a small shed, Mr. Kikuchi left behind twodogs: Towa, a two-year-old Sheltie and Melody, a one-year-old GoldenRetriever. Mr. Kikuchi assumed the giant tsunami that flattened hisneighbors' homes and whisked away their cars probably killed Towa andMelody too.

Kaya Kikuchi, the 20-year-old daughter of Mr. Kikuchi, was ridingthe bus home from her job at a local restaurant. When the earthquakestruck, a power line fell in front of the bus and passengers startedfiling out.

She rushed to her cousin's house, which was nearby. She asked hercousin to drive her back home because she wanted to go save the dogsthat she had begged her father to get. Within a half-mile of her home,police stopped the car. They told Ms. Kikuchi that a tsunami was comingand she could not go any farther.

"I told my cousin that I was going to walk. She told me that I woulddie if I went," said Ms. Kikuchi. "I was crushed. I thought they weredead."

But Towa and Melody had other ideas. They somehow broke free fromthe ropes tying them to the shed and ran up outdoor stairs to thesecond floor of Mr. Kikuchi's house. And then they waited and waited."I don't know how they survived," said Mr. Kikuchi.

Two days after the earthquake, Mr. Kikuchi ventured out from theevacuation center where his family had reunited unharmed. He walked inrubber boots on the debris-covered roads still covered in floodwaterwith his feet sinking in the thick mud below.

When he finally got to the house, sidestepping a car that hadshifted to block the entrance to the driveway, he could hear thebarking.

"I was happy to see them because I had felt badly about leaving thembehind," said Mr. Kikuchi. He gave them water, food and brought theminside after cleaning them up.

Mr. Kikuchi knew that his daughter Kayo would want to see Towa andMelody, so on Monday the two of them set out to make the same journeyacross roads covered in thick mud. "This is where I would walk themeveryday," she said.

Looking to her left, there is the roof on a flattened home sittingin the middle of what had been one of Japan's immaculately manicuredrice patties.

Her father, wearing a helmet and one-piece jumpsuit from hisconstruction company, walks ahead carrying a red canister in a redHello Kitty roll-away bag. He said he wants to see if any of the carshave gasoline, which is in short supply in the Sendai area with linesextending for hours.

"Don't slip to the right, because you'll sink and we won't be ableto get you out," Mr. Kikuchi said. He pointed out the chest-highwater-level marks: "It came all the way up to here."

"I've lived here my whole life, all 49 years, and this is notsomething I could have ever imagined," said Mr. Kikuchi, climbingmounds of debris while thick mud covered the roads.

On the beaches of Arahama, not far from where the Kikuchi familylives, 200 to 300 bodies were discovered in the days following thetsunami.

Mr. Kikuchi said the earthquake knocked out the power instantly somany people didn't know a tsunami, which arrived 40 minutes after theearthquake, was coming. His immediate neighborhood of 160 homes wasspared the heaviest damage.

The Kikuchi family home was turned completely upside down withplates, food and utensils lying in an inch of muddy water on thekitchen floor. He said just down the road, many people died. Luckily,he said, a local elementary school withstood the tsunami and 400 peopleincluding the students were evacuated by helicopter.

As soon as Ms. Kikuchi entered the driveway, Towa jumped up andstarted scratching at the door. She opened the door and the Sheltiewith fur still dotted with mud jumped up on Ms. Kikuchi's leg. Melody,who is more reserved, barked excitedly from inside.

"I bet they pooped a lot," shouted Mr. Kikuchi to her daughter who quietly cleaned up after the dogs.

Ms. Kikuchi, her face still red with excitement, said she was sohappy to see the dogs, a bit of good news in an otherwise tragic event."When my father told me they were alive, I was so excited," she said."It's been so stressful. It's so good to see them"

Mr. Kikuchi and his daughter said they will come back every day tolook after the dogs, but they are not going to bring the dogs to theshelter.

"There are lots of people dead and it's too much to ask to bring thedogs," said Mr. Kikuchi. "It would be inconsiderate to other people'ssadness." 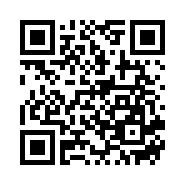