It’s a project that has been in the pipeline for several years, but is now assured of becoming a reality.

Ten years since the former Australian Baseball League folded, it was formally announced – in the middle of 2009 – that a new league would be created and would begin playing operations by November 2010.
The new league is the result of a partnership between Major League Baseball and the Australian Baseball Federation. MLB will hold a 75% stake in the league and has committed to at least five years with the project.
Initially, the league will have five or six teams. Perth, Adelaide, Melbourne, Sydney and Brisbane are assured of entry, while there are serious moves afoot to have the sixth side playing out of Canberra. More teams will be introduced to the competition after the start-up year – possibly based in regional centres in the eastern states.
While there is a great deal of planning still to be completed, state management structures are currently being put in place and the new league will be officially launched in November of 2009.
The following story is representative of mainstream reporting on the new Australian Baseball League. Scroll down to the bottom for responses to a series of Frequently Asked Questions on league operations.
This article was written Ian Ransom for the New York Times.
MELBOURNE (Reuters). Australia will establish a new professional baseball league as early as next year with backing from the government and North America's Major League Baseball.
The sport has struggled to gain a foothold in Australia, and the country's first professional league folded under heavy debts in 1999 after lasting only 10 years.
Australia's government has pledged $400,000 to help the league's development.
"Australian baseball has done a great job in securing this significant partnership with Major League Baseball -- developing up-and-coming athletes and strengthening the game in Australia," sports minister Kate Ellis told the Australian Baseball Federation.
"This funding will help baseball to develop the next generation of Australian baseball stars."
Paul Archey, head of MLB International, said in a statement on the website Wednesday that his organization was keen to develop the sport in Australia.
"I cannot tell you when this will happen or where, but I can tell you that MLB is committed to this initiative and look forward to working with the Federal Government and the ABF to further develop the game of baseball in Australia through planning a new national league."
QUESTIONABLE CLIMATE?
The new league would likely include eight to 10 teams and schedule matches between November and February, the Australian Associated Press said.
"Some people may think we're crazy with the present economic climate: 'Why would you even be thinking about doing a national league?'" the agency quoted ABF Chairman Mark Peters as saying.
"Well we've got the confidence that there are people out there that will support us and with MLB's backing, one of the best brands in the world, this will be successful."
Peters said the federation had learned from the experience of other leagues and from the previous league's failure.
"One of the big issues is going to be facilities," he said.
"If we're going to run a spectator-friendly sport then we've got to have the right facilities in place.
"The days of playing on the side of rugby and football ovals are something we can't cope with if we're going to be professional."

AUSTRALIA – America’s Major League Baseball is big backer of bold plans to have a new Australian national league up and running by November 2010.

The two groups have formed an ABL joint venture which will rely heavily upon the American sporting power for financing a league that will double as a developmental tool for Australian and foreign players.

Although leading officials are yet to decide upon a name, tender process or firm timelines, indications are the resurrected ABL would be an eight to 10-team competition played from November to February each year.

Newly appointed ABL chairman Mark Peters was confident each State would be represented and also felt Canberra, Northern Territory and regional areas like the Gold Coast could form teams.

“Some people may think we’re crazy with the present economic climate: ‘Why would you even be thinking about doing a national league?’

“Well we’ve got the confidence that there are people out there that will support us and with MLB’s backing, one of the best brands in the world, this will be successful.”

Peters said baseball had learned the lessons of the past when the ABL – featuring teams such as the Waverley Reds, Brisbane Bandits, Perth Heat and Daikyo Dolphins – disbanded after 10 years of competition in 1999.

“One of the big issues is going to be facilities,” he said.

“If we’re going to run a spectator-friendly sport then we’ve got to have the right facilities in place.

“The days of playing on the side of rugby and football ovals are something we can’t cope with if we’re going to be professional.

“We’ve all learned a lot from other (national leagues), including our own from a few years ago.”

The joint venture – to compete with cricket, the A-League and the revamped National Basketball League over the summer months – also intends controlling team expenditure.

The ABL received a boost to its plans on Wednesday with Federal Sports Minister Kate Ellis delivering a $400,000 grant to help set up the league.

Australia, baseball silver medallists at the 2004 Olympics in Athens, has seen 126 baseballers graduate from its Gold Coast-based academy to professional leagues around the world since 2000.

“From that perspective I think it’s crucial,” Archey said.

“This country is very conducive to baseball with the weather and the athletes and people love sport. I think baseball is tailor made for that family entertainment.

“What has changed in the last 20 years is the product, there’s been a significant improvement in depth and level of play.”

Note: The ABF and MLB have not given any official commencement date or timeline for the national league – the dates outline in this article are speculation only. 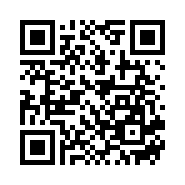