Earlier this week I was one of the first foreigners to visit former president Chen Shui-bian (陳水扁) at the Taipei Detention Center in Tucheng (土城). The visit was severely restricted. We saw Chen through two very thick panes of glass separated by insulating air as well as substantial vertical steel bars. No sound could penetrate this barrier and we talked with Chen though phones that were old and had a scratchy sound quality. As we could easily see, guards monitored our conversation.

We could not take anything into the reception room, even a notebook or a pen, so we could not record what Chen said. On the other hand, prison officers were polite and efficient and did not hassle us in any way.

Every Monday to Friday, Chen is allowed one 30-minute visit with a maximum of two visitors. On the first Sunday of each month, he has an additional visit, though this too is limited to two people and 30 minutes and is also conducted by telephone through the thick bars and glass.

I should make clear at the outset that I have frequently and publicly criticized Chen’s presidency. In addition, my knowing Chen for many years is not unique because I have also known former president Lee Teng-hui (李登輝) for some 15 years and President Ma Ying-jeou (馬英九) for about eight years.

Many foreign observers, including me, have raised serious questions about the justice system in Taiwan. Traditionally, crimes of embezzlement and corruption in Taiwan have not required detention prior to conviction.

Why is Chen the only person detained in prison on corruption charges before being convicted?

Many observers have noted that when the Democratic Progressive Party (DPP) came into office in 2000, it retained many KMT office-holders. In contrast, when the KMT returned to power last year, it quickly got rid of DPP office-holders and filled positions from its own ranks.

Many observers believe that the current KMT administration genuinely hates Chen and they expect that the KMT will do its best to keep him in prison as long as possible.

The difficulty in a democracy is that the voters usually throw out the government and put in the opposition. A few years ago, who could have predicted that the high-riding Republicans in the US, who dominated all branches of government, would be so severely defeated last year?

Similarly, the high-riding KMT of last year is already facing many problems, including administrative incompetence, an incompetence highlighted by the devastation of Typhoon Morakot. Will a future DPP government pay back the KMT with pre-conviction detentions and possibly long jail terms?

Another problem facing democratizing Taiwan is that the areas of both justice and the media have been slow to reform. In the media, many newspapers and TV stations had their origins in the authoritarian period and they continue to push similar beliefs in democratic Taiwan.

The former justice system, too, had many inexperienced “baby” judges and prosecutors just out of law school who did well in examinations but who had no life experience. Many were trained to accept KMT guidance with respect to judicial cases. The apparent manipulation of the judges hearing Chen’s case raises many fears that past practices continue.

Fortunately, the story is not all gloomy. After protests from overseas, Minister of Justice Wang Ching-feng (王清峰) declared that the use of handcuffs on Chen was inappropriate and he now goes to and from the courtroom without them.

In addition, Chen looks quite fit. He has lost the extra weight he appeared to have in previous photos and he is alert with relatively high morale.

Looking out through the two thick glass panes and the thick steel bars, he said we — the visitors — looked like we were in prison, while he felt free.

In fact, we were locked inside the reception room, but our door was eventually opened and we came out, while Chen went back to his cell.


Bruce Jacobs is professor of Asian Languages and studies and director of the Taiwan Research Unit at Monash University in Melbourne, Australia. 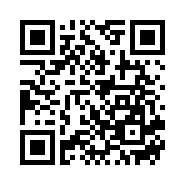