Article from:  The Australian

The Australian understands Mr Rudd and his travelling party were under constant cyber attack during his latest trip to China, in August last year, with authorities trying to access the laptop computers and mobile phones used by the Australians.

The blatant nature of Beijing's electronic espionage is understood to have alarmed the Rudd Government and led to a further tightening of communications security procedures for senior government figures travelling to China.

Intelligence sources said Beijing had also made repeated attempts to break into government and business IT networks, as well as foreign embassies based in Canberra.

Last week, the Government blocked Chinese-owned Minmetals from acquiring the Prominent Hill mine in South Australia as part of its $2.6billion bid for OZ Minerals, citing national security concerns because of its proximity to the Woomera weapons testing range.

Australian officials travelling to China are routinely warned of the need for strict communications security, including the notion that all mobile communications are likely to be monitored. Officials say the Prime Minister, an inveterate text messager, has a complete understanding of the scale and nature of China's cyber offensive, which is global in scale.

A spokeswoman for the Prime Minister said last night the office did not comment on security arrangements involving prime ministerial visits overseas.

They say the wide-ranging attacks have intensified in recent years and driven a thorough review of IT security in key agencies, including the Defence and Prime Minister's departments.

"It's a serious problem but it doesn't mean we should not do business with China," observed one senior official.

"Of course not. But we have to minimise the negatives. We have to develop at the military, intelligence and economic and business levels prudent counter-measures.

"The Chinese system is quite aggressive in how it tries to play its card internationally."

The disclosures come as Defence Minister Joel Fitzgibbon continues to be embroiled in controversy over free trips to China paid for by his Chinese-Australian businesswoman friend Helen Liu.

ASIO has bolstered its counter-espionage effort in Australia in recent years, with a sharp focus on Chinese intelligence-gathering involving Australia.

"We should certainly be concerned," one former senior Defence official told The Australian. "I think the cyber story goes way beyond just the military space. Quite a lot of it is commercial and some of it is large-scale."

It is understood that mining giant Rio Tinto may have been the target of a Chinese cyber attack in the early stages of Chinalco's bid for the Anglo-Australian miner. "They (the attacks) are incessant and enduring and an intense preoccupation for Beijing," observed one veteran China expert yesterday.

Security experts observe that Australian government defence and security agencies are also a prime target for Beijing's cyber espionage because of the closeness of the US alliance and the extremely close defence partnership with Washington.

Since 2001, Australian military and intelligence co-operation with the US has grown closer than ever and Australian agencies are gaining unprecedented access to US defence planning.

Mr Rudd alluded to the challenges thrown up for the Government by China's cyber assault in a parliamentary statement on national security last December and signalled the defence white paper, due out later this month, would address the issue.

"Australian policy, military and intelligence institutions, directions and capabilities are attractive intelligence targets for foreign powers. And Australia is seen as a potential alternative source of sensitive defence, intelligence and diplomatic information shared by our allies," he said.

"Electronic espionage in particular will be a growing vulnerability as the Australian Government and society become more dependent on integrated information technologies. Both commercial and state-based espionage, while not visible to the public eye, are inevitable. This challenge must and will be met with full vigour."

Kim Beazley, former Labor leader and long-term defence minister, says the China cyber issue goes well beyond Beijing's interests in business and economic intelligence and should be a fundamental security issue for the Rudd Government.

Senior Defence sources say the Chinese are pouring big resources into asymmetric methods such as cyber warfare to offset the US conventional superiority in military hardware.

"The PLA has got very big organisations involved in this and is spending lots of money. There is the potential to hobble us through these technologies."

They also say China's long-term military ambitions, particularly in the maritime sphere, havehad a fundamental impact on the shaping of the defence white paper.

It will focus heavily on maritime defence, including plans for 12 new submarines and a new class of surface warships as well as a $16 billion investment in 100 F-35 joint strike fighters. 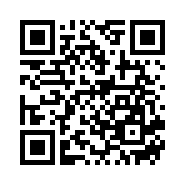