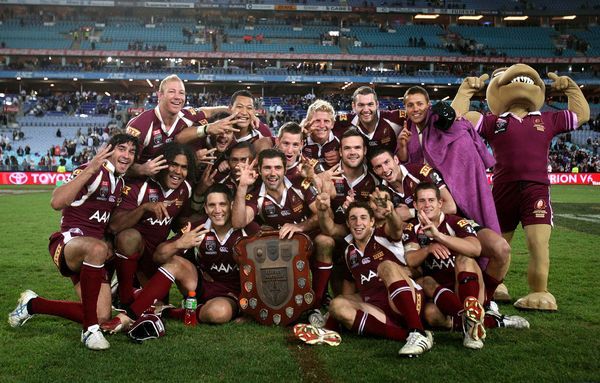 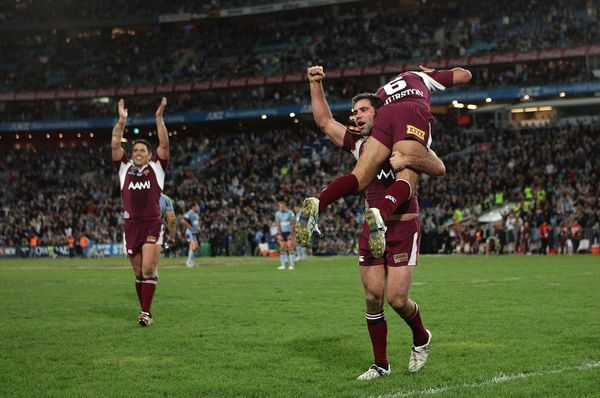 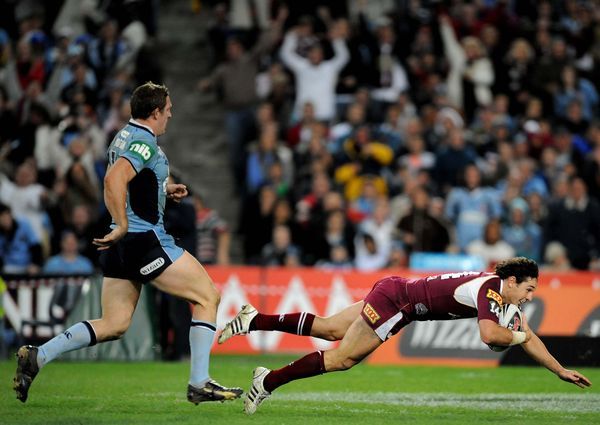 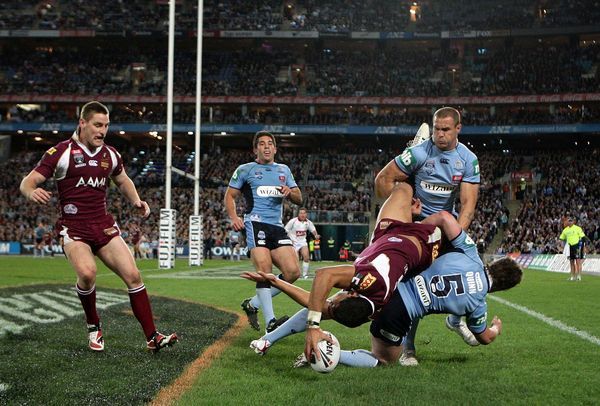 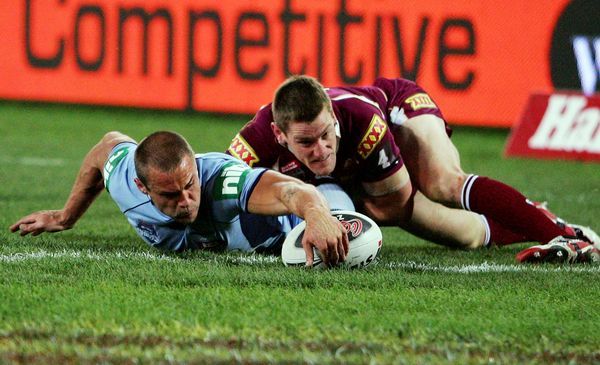 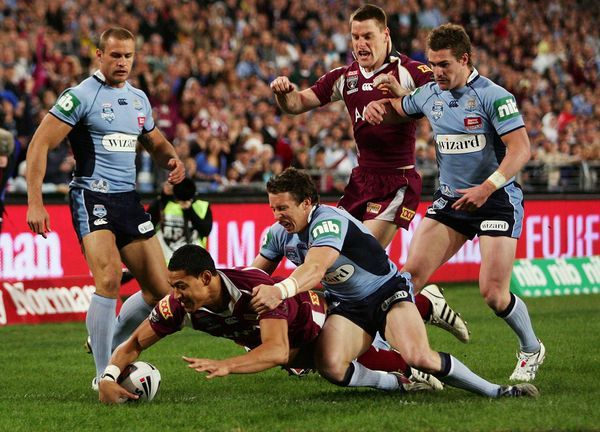 Follow our minute-by-minute account of the decider in the 2008 State of Origin series from the Olympic Stadium.

Pre-game: The odd couple of Kevin Rudd and Darren Lockyer are in the Maroons' rooms before the kick-off, geeing up the side. The Blues left Mason and Stewart on the bench with Gidley starting at full-back and Cross in the front row. The Maroons started Myles in place of Crocker.

1st min: The Blues kick off to get play underway.

4th min: Qld's first attack of the match ends with a perfectly-placed Prince bomb to the corner. Quinn flies high but drops the ball over his shoulder into the hands of Folau who scores. Thurston misses the kick from the sideline. Qld 4-2

10th min: A good Qld kick puts Quinn under pressure, but he returns the ball strongly and in the next ruck the Blues are given a hold-down penalty, the first of the game by referee Archer. Qld 4-2

13th min: An Anasta bomb is defused, at the second attempt, by the Qld defence who then dart downfield razzle-dazzle style. The Maroons are given an offside penalty from the ensuing ruck, but Johnson drops the ball early in the next set to give the Blues the ball just inside their own half. Qld 4-2

15th min: A Blues passing move down the short side creates a three-on-two. With Tate isolated on Cooper, the Dragons centre crashes over out wide. More worringly for the Maroons, Prince is hurt in the lead-up. Slater comes on. Fitzgibbon converts from out wide. NSW 8-4

18th min: With his first touch of the ball, Slater returns it strongly. On the back of that run, Inglis makes a break, but can't set his supports up. Smith bombs for the corner, but is given a penalty for late contact by clubmate Hoffman. Despite being in kickable position, the Maroons go for the try. After looking clueless in attack, they force a repeat set with a great Thurston grubber. At the end of the next set, Folau shows he's learned a thing or two while in Melbourne, leaping over Quinn to take the ball and place it, one-handed, behind his back. Thurston again misses the kick. Locked up 8-8

24th min: From the kick-off, Smith fumbles just inside the dead-ball line. But a knock-back is ruled and Smith does well to scramble his way back into the field of play. Locked up 8-8

25th min: A Blues penalty for Crocker offside gives Fitzgibbon a kick at goal. He slots it down the middle. NSW 10-8

29th min: Anasta, trying to play the ball quickly, spills it to give Qld possession inside the home side's half. Early in the set, Hayne gets his head in the wrong place trying to tackle Slater and is knocked out. But he plays on. NSW 10-8

31st min: What looks like a Blues knock-on after a poor Anasta pass is instead ruled a Maroons' knock-on. Archer rules a Qld arm knocked the pass down. But Hoffman drops the ball in the next set and Qld go back on the attack. NSW 10-8

35th min: The second hold-down penalty of the night goes to the visitors. They restart play on half-way. At the end of the set an inside ball from Thurston finds Slater who grubbers, but Gidley cleans up. NSW 10-8

39th min: A bust down the Qld left puts Boyd in space. With the cover closing, he kicks infield for Hunt. But the ball bounces away from him and his attempt to gather it in results in a knock-on. The Blues ruck the ball out to end the half. NSW 10-8

42nd min: A double charge down of a pair of Smith kicks sees the ball rebound to Inglis in space, but Archer calls it back and gives the Blues a penalty. At the end of the set a kick into the Qld in-goal results in Anasta tapping down, but the video ref gives Qld a penalty for Johnson tackled without the ball. NSW 10-8

47th min: The Maroons benefit from a Gallen brain snap as he pulls Thurston back after the Qld half put in a kick that was going nowhere. Thurston kicks the penalty from in front. Locked up 10-10

49th min: A Myles spear tackle on Cross starts another flare up. Cross takes exception and throws some willing punches. Archer puts Myles on report and speaks to Quinn for his involvement in the brawl. Locked up 10-10

50th min: From the penalty, the home side move into the Maroons' red zone, but an Anasta kick at the end of the set is cleaned up by Thurston. Locked up 10-10

51st min: A Pearce kick hits Crocker in the back of the head, knocking him clean out. He tries several times to regain his feet, but can't and is replaced. Locked up 10-10

52nd min: The Blues go close before Pearce spills the ball. But rucking it out the Maroons give it back. A pinpoint Anasta kick is taken well by Folau who counter-attacks through Tate. The Blues are penalised for a strip after Cross almost took Tate's head off. The Maroons raid down the right and a Slater pass puts Folau in space. He kicks ahead and Anasta knocks the ball over the touchline five metres out from his own line. The Maroons attack, but a strong Thaiday run ends with an error trying to play the ball too quickly. Locked up 10-10

67th min: Late in the tackle count with nothing on, the Blues' wide defence - featuring White in particular - swallows a Thurston dummy and he streams away. Slater looms up and scores under the posts. Thurston adds the extra two. Qld 16-10

71st min: A Cooper half-break puts the Blues on attack. An attacking kick at the end of the set is brilliantly grabbed by Inglis. Qld 16-10

75th min: The Blues work into great field position before grubbering, but Slater is perfectly positioned and shows great hands and bravery to take the ball. Qld 16-10

76th min: After a brilliant Price charge down on a Pearce kick, Gallen hits Crocker hard and Qld are given a relieving penalty. Qld 16-10

79th min: An Anasta bomb is touched by the Maroons to give the Blues another six tackles. An Anasta pass finds Hoffman who is tackled brilliantly by Tate, but Archer calls the pass forward. Qld 16-10

80th min: Smith loses the ball to give the Blues one last chance, with 15 seconds on the clock. The ball goes to Pearce who kicks, but Slater cleans up and the Maroons are Origin champions for the third year running. Qld 16-10 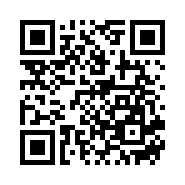