Woman takes her beloved ducks on holiday to cheer them up
19/04/2008
From Mirrow.com.uk

A female Doctor Dolittle loves her pet ducks so much she took them on holiday.
Donella Fernyhough, known as Donella Dolittle to pals, wanted to cheer the pair up after another died.
So she and husband Bernard whisked them off to Scotland from their Leeds home - taking the birds' portable house, bath and mounds of hay to play in.

Feathered pair Bruce and Eilean got over pal Coirie's death on the shores of Loch Laggan in the Highlands, where BBC1 series Monarch of the Glen was filmed.
Donella, 45, said: "We could tell Coirie's death had hit them hard. They were really sad and calling out for her.
"They are so much happier than before we went away."
The pampered poultry had the back seat of the car to themselves on the trip - with regular stops for them to walk and splash in puddles.
Donella added: "I am always talking to them, hence the Dolittle name given to me by my neighbours." 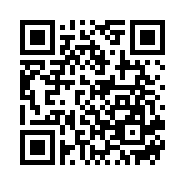