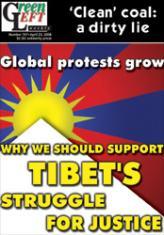 
ACT police have been given enhanced stop-and-search powers for dealing with protests planned for the Canberra leg of the global Olympic torch relay on April 24. This comes as protests by the Tibetan diaspora and their supporters have turned the torch’s world tour into a public relations disaster for the Beijing Olympics.

In London and Paris, protesters attacked the flame with fire extinguishers and attempted to wrest it from the torch-bearers. In San Francisco, last-minute route changes meant that direct confrontation was avoided, but activists scaled the Golden Gate Bridge to display banners.
Furthermore, torch-bearer Majora Carter unfurled a small Tibetan flag, causing her to be evicted from the relay (and handed over to the police) by the attendants who have been accompanying the torch around the world. “Apparently, I’m not a part of the Olympic torch-bearing entourage anymore”, she said.

These attendants flanking the torch are officers of China’s paramilitary police. Euphemistically styled the “Sacred Flame Protection Unit”, they attracted attention in Paris and London with their snappy blue tracksuits and the zeal with which they carried out their duties. A British Olympic official privately described them as thugs.

In Canberra, they will not be running alongside the flame, but confined to a bus. ACT and federal politicians have indicated that local police, armed with their increased powers, will render thugs from overseas unnecessary.

On April 17, the New Delhi leg of the relay took place, according to the BBC, without incident. It also took place without an audience, other than a small number of dignitaries plus the 15,000 police and paramilitary forces who sealed off the city centre.

The distance covered by the relay in New Delhi was reduced from 9km to 2.3km. These precautions reflect that India is keen not to alienate China, an important trading partner, but is also home to the world’s largest Tibetan refugee community, which numbers more than 100,000 and includes the Dalai Lama and his “government in exile”. More than 180 Tibetans were detained trying to breach the security cordon.

On April 16 more than 50 Tibetans were arrested in New Delhi at protests at the Chinese embassy, at the hotel at which the torch was kept and at the airport. On April 17 Tibetans held an “alternate” torch relay elsewhere in Delhi, claiming that legitimising a dictatorial regime was contrary to the intention behind the Olympic torch relay tradition.

Ironically, the Olympic torch tradition was, in fact, invented for precisely that purpose — by Hitler’s propagandists for the 1936 Berlin Olympics.

The Beijing Olympics are not an aberration. Neither were the Berlin games. Since their inception at the beginning of the 20th century, the Olympics have been controlled by a committee drawn from the world’s elites and accountable to neither athletes nor the public. The antithesis of participatory sport, this mass spectator event is most of all about corporate sponsorship and marketing.

The April 16 Asian Times reported that a spokesperson for sponsor Coca-Cola condemned Majora Carter’s display of the Tibetan flag, saying: “It’s unfortunate that Ms Carter used an invitation to participate in the torch relay as a platform to make a personal political statement. We firmly believe the Olympics are a force for good that celebrate the best in sports, and we are proud to support the Beijing 2008 Olympics.”

Undeniably, the Olympics are a “force for good” when it comes to the profits of the large corporations that sponsor it — something petty concerns over events such as the recent gunning down of more than 100 Tibetans struggling for self determination by Chinese authorities should not be allowed to interfere with.

The Olympics’ purportedly non-political nature has never stopped tyrants from using them as a platform for self-aggrandisement, but it has been used to silence critics of the status quo.

The International Olympic Committee (IOC) had nothing to say about the massacre of student protesters that formed the backdrop to the 1968 Mexico City games. However, when two African American athletes at the same games, standing on the podium to receive their medals after the 200 metre race, raised their fists in a “black power” salute in support of the civil rights struggle back home, the IOC expelled them from the Olympics.

Massacring protesting students is one thing, but a symbolic, peaceful, public display of anti-racism was a crime the Olympic officials could not be silent in the face of.

While Western politicians and media have expressed the pious hope that hosting the Olympics would improve China’s human rights record, the opposite has happened. An Amnesty International report released on April 1 revealed that the approach of the games has led to a crackdown on dissidents in Beijing, many of the victims being housing rights activists protesting against Olympics-related evictions.

Unfortunately, this too is in line with Olympic traditions. For example, the 1996 Atlanta games were accompanied by laws criminalising homelessness that allowed authorities to remove poor people from run-down inner-city districts, facilitating highly profitable redevelopment.

The 2000 Sydney games were accompanied by the introduction of laws increasing police and security powers, including allowing the army to be deployed against demonstrators. These laws anticipated the erosion of civil liberties under the “war on terror” that began a year later — culminating in the lock-down and “police state”-style siege of the city during the APEC summit last year.

The pro-Tibetan protests against the torch relay have provoked counter-protests by Chinese migrants and overseas students in a number of Western cities, with protests occurring in Sydney and Melbourne on April 13.

These were largely ignored by the Australian media, despite both rallies drawing crowds of 5000. Chinese students are planning to converge on Canberra on April 24 to stage a counter-demonstration against the anti-torch relay protests of Tibetans and their supporters.

The size and passion of these mobilisations by Chinese communities in the West reflects anger at Western media bias and hypocrisy.

In an April 7 article posted on Counterpunch.org, Israeli peace activist Uri Avnery contrasts the sympathetic Western media coverage of Tibet’s struggle (which he supports) to that of other nations struggling for self-determination — citing Kurdistan, Western Sahara, the Basque Country, Corsica, Chechnya, Tamil Eelam and Palestine as examples.

He attributes this partly to the fact that China is an economic rival of the West, its regime “hated … by capitalists because it is a Communist dictatorship, by Communists because it has become capitalist”, and also that Tibet’s history as a mysterious Himalayan kingdom has given it a romantic aura.

Indeed, the prominence of Tibet in Western consciousness owes much to the Dalai Lama’s success in convincing entertainment industry celebrities such as Richard Gere and the Beastie Boys that Tibet was historically a spiritual paradise. (It was, in fact, a country of impoverished serfs exploited by a theocratic nobility.)

Avnery contrasts this with Muslim nations struggling for self-determination who must contend with the fact that “in the Western world, Islamophobia now occupies the place that had for centuries been reserved for anti-Semitism”.

Interestingly, the cause of the Uighurs, whose struggle for self-determination against Beijing — in the face of brutal repression — broadly parallels that of the Tibetans, is largely unreported in the West. The Uighurs are Muslim.

However, it would be wrong to conclude that this Western media bias indicates that the West supports Tibetan independence. During the Cold War this was the case — the CIA gave support, including military support, to Tibetan independence groups as part of its attempt to undermine the Chinese Revolution.

However, with China reintegrating into the global capitalist economy, it is the destination for a huge amount of Western investment. China’s economy is subordinate to Western capital. Imperialism may play the Tibet card to remind China of its place in the global capitalist hierarchy, but it would be against its interests to dismember China — which has become the industrial estate of global capitalism. Western economic interests have increasingly penetrated into Tibet itself, which is facilitated by Chinese control of the region — maintained by repression.

Tibetans deserve the right to self-determination because it is a democratic right. The desire of many Tibetans for independence reflects the fact that after 50 years of Chinese rule, Tibetans are marginalised second-class citizens in their own country.

That the Western media paints Tibetans more favourably than, for instance, Palestinians, does not make either people undeserving of democratic rights. In fact, the simple, spiritual Tibetan Buddhist and the deranged Arab terrorist are equally racist stereotypes. Everyone who supports the principles of social justice should support the growing global movement in solidarity with Tibet’s struggle for self determination. 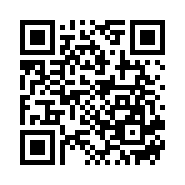